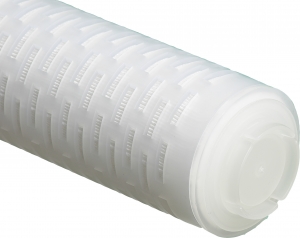 Double Open End (DOE) cartridges are, as the name implies, open at both ends and rely on the sealing arrangement within the housing to close one end of the filter and so direct flow through the other end.

The sealing arrangements generally used in housings designed for DOE cartridges use a knife edge mechanism on both ends of the cartridge, one combined with a blanking cap and the other end with a hole leading to the housing clean chamber. The knife edges are engaged into the end of the cartridge using some kind of compression device, commonly a spring or screw action. Cartridges can be stacked on top of each other to make up longer lengths, allowing a reduction in the number of items stocked for many users, but it is generally recognised that full length cartridges are best.

The disadvantage of the DOE system is that the knife edge seal mechanisms are relatively crude and susceptible to damage or operator installation errors leading to potential bypass of the filter cartridge, and therefore a reduction in the efficiency of the filter system.

This style is not recommended where filtration efficiencies of absolute 5 µm and below are required, where continous running at elevated temperatures will take place or where sanitisation is required. 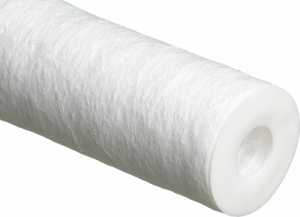 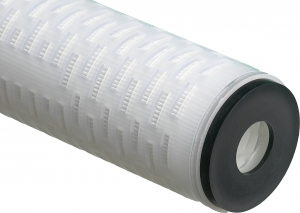 As above but seen on cartridges that have solid moulded end caps. Robust fixed length elements with little compression, again not associated with fine levels of filtration. The seal is made by the knife edges into the gaskets of the cartridge.

Single Open End (SOE) cartridges are those which have one end of the cartridge already ‘blocked’ with a blanking end cap, and the other end open but with an end cap attached with built in ‘O’ rings, giving a much more efficient and reliable seal than the DOE configuration.

As well as an improved sealing method, SOE cartridges offer an easier and more reliable method of installation into the filter housing and have less loose internal components in the housing design, making cleaning and maintenance easier and more effective.

There are various different ‘O’ ring and blanking end cap designs available on the market, generally with specific applications in mind or to suit specific manufacturers housing designs.

Codes 2, 3, 7, 8, A and B are available in Reinforced Glass Filled Polypropylene. These are recommended for use in high temperature applications. They are suitable for steam sterilising and other forms of hot heat sanitisation procedures. 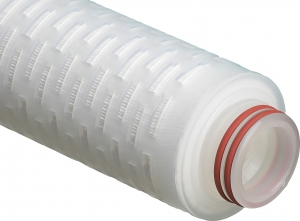 Amazon Code 3 utilises 2 x 222 ‘O’ rings at the open end and a flat blanking cap at the closed end. This is one of the most common styles used in industrial and pure water applications around the world.

Amazon Code 8 utilises the same 2 x 222 ‘O’ rings on the Code 3 configuration, but with a spear (or bomb-fin) at the closed end. The function of the spear is to help centralise the cartridge on installation of longer cartridge lengths.

The Code 7 configuration uses 2 x 226 ‘O’ rings combined with a double bayonet at the open end, and a spear (or bomb-fin) on the closed end. The function of the bayonet is to be located under a corresponding component in the housing design, which allows the operater to confirm successful installation, prevents the cartridge being dislodged during sterile filtration, guards against the possibility of seal failure due to reverse flow and prevents the cartridge lifting out on backflushing. This is the standard configuration cartridge for many critical processes within the pharmaceutical and beverage industries.

The Code 2 style uses the same 2 x 226 ‘O’ ring and bayonet configuration as the Code 7, but uses the flat blanking cap at the closed end of the cartridge. It has the same advantages as the Code 7 style.

The Code S cartridge uses 2 x 222 ‘O’ rings combined with a 3 lug bayonet design, achieving the same advantages as the Code 7 design. This is combined with a spear (or bomb-fin) at the closed end.

Amazon Code A uses a double ‘O’ ring at the open end and a spear at the closed end (for cartridge centralisation when using longer lengths) and is an excellent general purpose design for critical applications.

Amazon Code B uses a double ‘O’ ring at the open end and a flat blanking cap at the closed end (generally recommended for single cartridge housings) and is an excellent general purpose design for industrial applications. 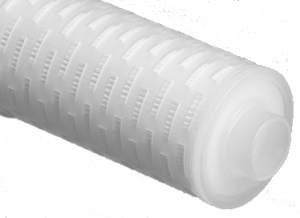 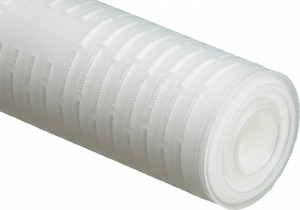 The Code 9 style uses a single 213 internal ‘O’ ring, which seals onto a spigot within some styles of plastic housing, combined with a recessed closed cap to allow centralisation of the cartridge via a spigot in the bottom of the housing.

All Amazon moulded end caps are offered with a variety of seal materials including EPDM, Buna-N, Silicone, Viton and FEP Silicone. Most are FDA compliant and all are carefully selected to avoid silicone contamination in electrophoretic paint applications (please refer to the Sales Office for further details).

Get lifelong value from your filtration system

Every day, we deliver quality filtration solutions – made with care to your exact standards.